I don't like this new tutorial. Take me back to the old tutorial (no game version)!

Brush up on your algebra For all of these tutorials on nonlinear functions, you should be familiar with the algebra of exponents. Also, you should review solving quadratic equations by factoring and by using the quadratic formula. 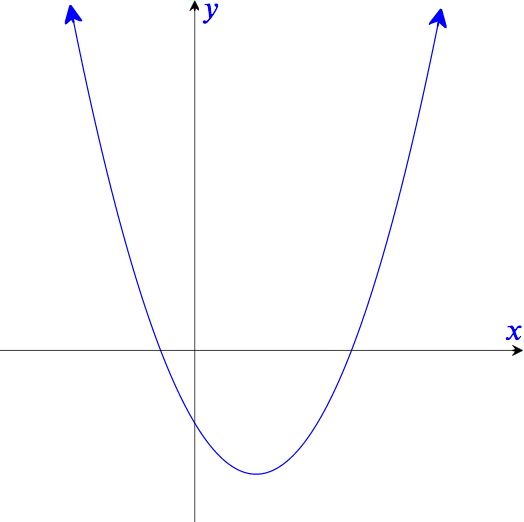 Vertex: The vertex of this parabola (press the "Vertex" button above) occurs at the point on the graph with Vertex:

y-Intercept: (Press the "$y$-intercept" button above) It crosses the $y$-axis at

x-Intercept(s): (Press the "$x$-intercept" button above) It crosses the $x$-axis at the solution(s) of the quadratic equation $ax^2+bx+c = 0$ (if there are any). We can sometimes solve this equation by factoring the left-hand side. If it does not factor, we can always use the quadratic formula:

The population of Roman Catholic nuns in the U.S. during the last 25 years of the last century can be modeled by

where $t = 0$ represents January 1970 (so that January 1975 is represented by $t = 5$).*
Only the non-game version of the model is reliable. Source for original data: Center for Applied Research in the Apostolate/New York Times, January 16, 2000, p. A1. Recall that the revenue resulting from one or more transactions is the total payment received. (See the tutorial on functions and models.) Thus, if $q$ units of some item are sold at $p$ dollars per unit, the revenue resulting from the sale is

The Trusted Genuine Masters company produces forged paintings for sale at well-known auction houses. The company estimates that its demand equation is

paintings sold per month when priced at $p$ dollars each. It has monthly fixed costs of &D&%41 and variable costs of &D&%42 per painting. a. Find the company's monthly revenue, cost, and profit as functions of $p$, the price per painting.
Now try the exercises in %4, some the %8, or move ahead to the next tutorial by pressing "Next tutorial" on the sidebar.
Last Updated: September, 2017
Copyright © 2016